We tested the iPhone 14 Pro Max: Apple joins the megapixel war with its most expensive and powerful mobile

The terminal, which is slightly heavier, allows you to keep the screen always on The iPhone 14 Pro Max aspires to become one of the best phones on the market. Although it does not release great news, Apple's most ambitious terminal makes the leap to 48 megapixels for the first time, incorporates an improved screen and stands out for its high-end performance. But the main drawback of this gigantic mobile is its price, which can be prohibitive for some users: the most expensive 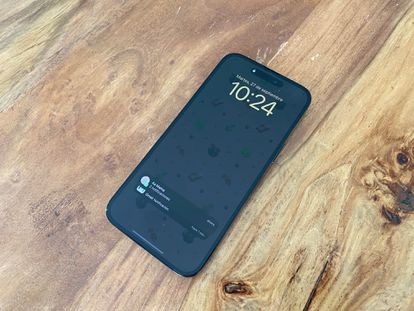 The iPhone 14 Pro Max aspires to become one of the best phones on the market.

Although it does not release great news, Apple's most ambitious terminal makes the leap to 48 megapixels for the first time, incorporates an improved screen and stands out for its high-end performance.

But the main drawback of this gigantic mobile is its price, which can be prohibitive for some users: the most expensive iPhone in history starts at 1,469 euros compared to 1,259 euros that its predecessor cost.

EL PAÍS has tested the iPhone 14 Pro Max for a few days, whose design is quite similar to that of its predecessor.

It is still a bulky and heavy mobile.

Although the rear camera module is slightly larger, the most notable change comes to the screen with the so-called dynamic island.

Apple has dispensed with its traditional notch (the notch at the top of the screen) and, instead, has opted for a pill-shaped hole that houses the front camera and the key components of Face ID, the recognition system face of their mobiles.

Apple's goal is to integrate this notch into the phone's notifications.

For example, when you play an Apple Music song and then exit the app, this pill gets longer.

On its left side, the thumbnail music album art appears, and on the left, a waveform animation.

Long-pressing the dynamic island opens a larger window at the top of the screen showing the song title, group, and playback controls.

They also take advantage of the dynamic island, incoming and outgoing calls, the timer or applications such as WhatsApp.

Apple hopes that more and more developers adapt their applications to this notch, which saves time when switching between applications.

Although the dynamic island is more functional than the classic notch and sometimes manages to go unnoticed, it can be a bit intrusive when watching full-screen videos or playing some games.

The other great novelty of the iPhone 14 Pro Max panel, which measures 6.7 inches, is that it is always on.

The user can see the lock screen at a much lower brightness level at all times.

In this way, you can view the time and if you have notifications without having to constantly unlock the mobile, but it has the drawback that it consumes more battery.

Even so, the screen turns off automatically when you put the iPhone face down on a table or in your pocket.

The user can also choose to disable this option.

The jump to 48 megapixels

The iPhone 14 Pro Max aspires to become the king of photography.

Apple has been betting for years on 12-megapixel sensors.

This terminal incorporates a front camera, a telephoto lens and a 12 megapixel ultra wide angle.

But, in addition, the Cupertino company has opted for the first time for a 48-megapixel main sensor that, in theory, can capture four times more light.

The iPhone 14 Pro Max is one of the phones that takes the best photos on the market.

In general, the results are realistic and sharp both during the day and at night, although in the dark the photography sometimes becomes a bit more artificial.

The photographs stand out for their adequate dynamic range and good lighting.

By default, the iPhone uses the 48-megapixel sensor ganged so that four pixels behave as one and therefore performs at 12-megapixel resolutions.

However, in the mobile camera settings, the user can activate the Apple ProRAW mode to save the photos directly with a resolution of 48 megapixels.

The always-on screen of the iPhone 14 Pro Max,.

Video recording is another of the strengths of Apple's most ambitious mobile.

With the iPhone 13, cinema mode arrived, which records people, pets and objects with a depth effect and performs automatic focus changes.

The iPhone 14 Pro and 14 Pro Max launch the action mode, designed to capture fluid videos with your hand, even when the person recording moves a lot.

With this mode, which works best when there is a lot of light, it is possible to achieve greater stabilization and reduce possible shakes and vibrations.

This newspaper has tested the 1TB version.

The performance of the mobile is as expected from a high-end terminal both when playing games and when browsing the Internet, making recordings or using augmented reality applications.

The apps run without any kind of delay and the terminal responds well in all cases.

Apple never reveals how many mAh the batteries of its mobiles have.

Its most ambitious terminal has a good autonomy, especially if the always-on screen mode is deactivated.

The battery usually reaches the full day even if the mobile is used intensively.

However, Apple still has quite a bit of room for improvement when it comes to fast charging.

While some mobiles fill their battery in just 20 minutes, in the tests carried out by this newspaper it has taken just over an hour and a half to fully charge the terminal.

Photo taken with an i iPhone 14 Pro Max,

In addition, since 2020 Apple does not include a charger in the box citing environmental reasons.

Despite this, the brand rejects what some experts would consider to be the most environmentally friendly measure: accepting a universal charger for all brands.

On the company's website, the price of its charger starts at 25 euros. 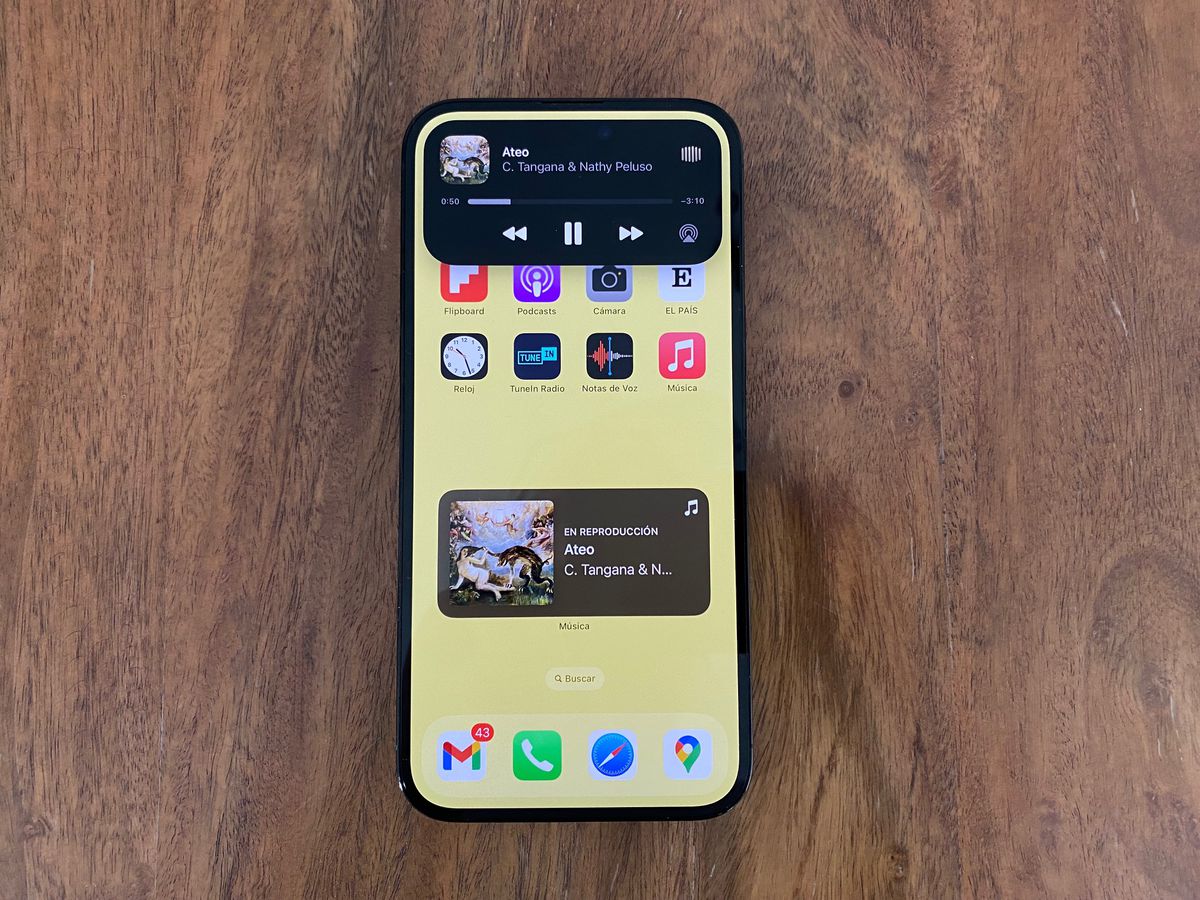 We tested the iPhone 14 Pro Max: Apple joins the megapixel war with its most expensive and powerful mobile 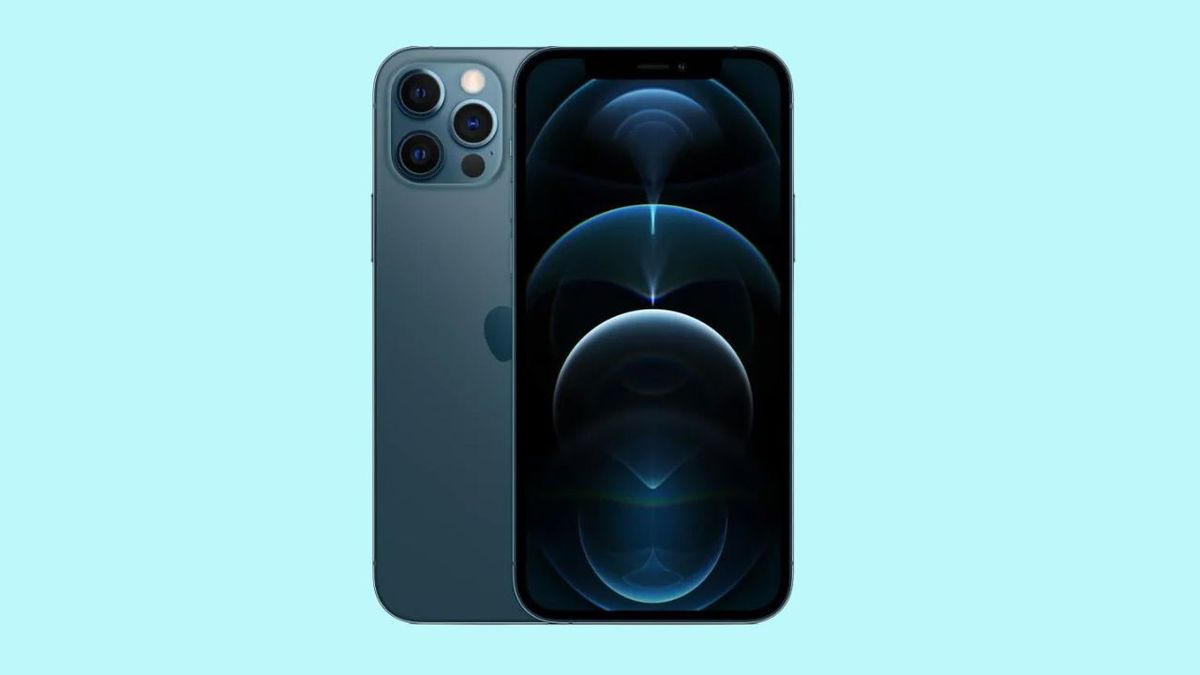 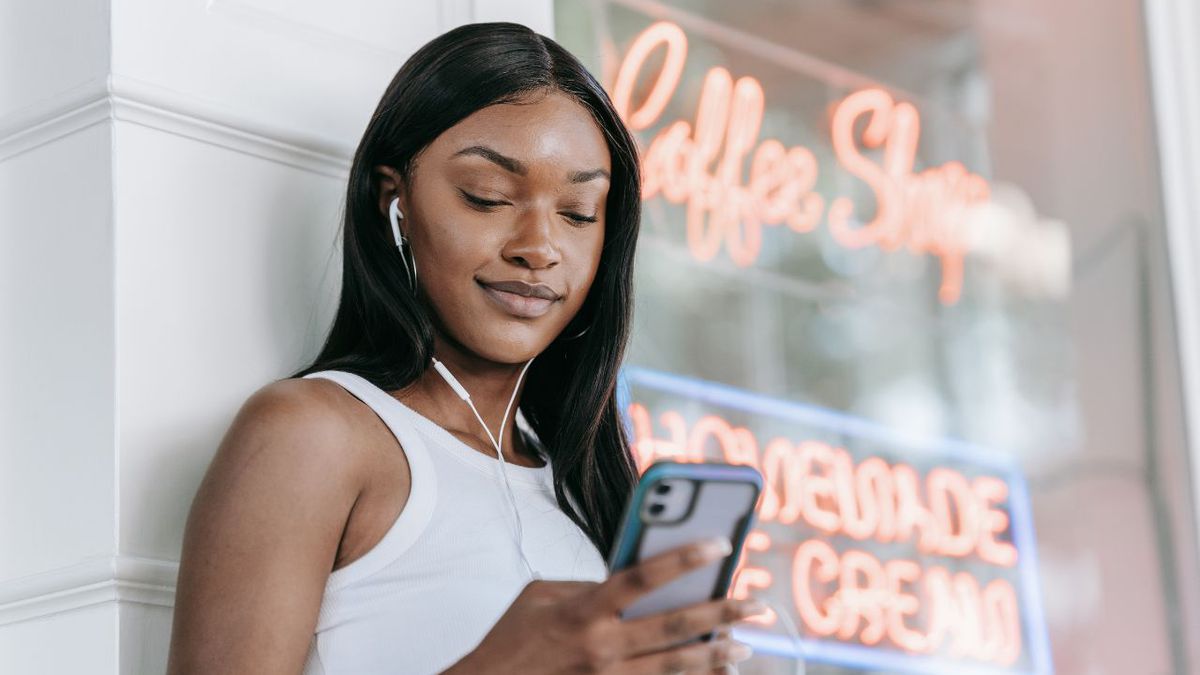 iPhone 14, iPhone 13, iPhone 12… Flash sales not to be missed on Apple smartphones 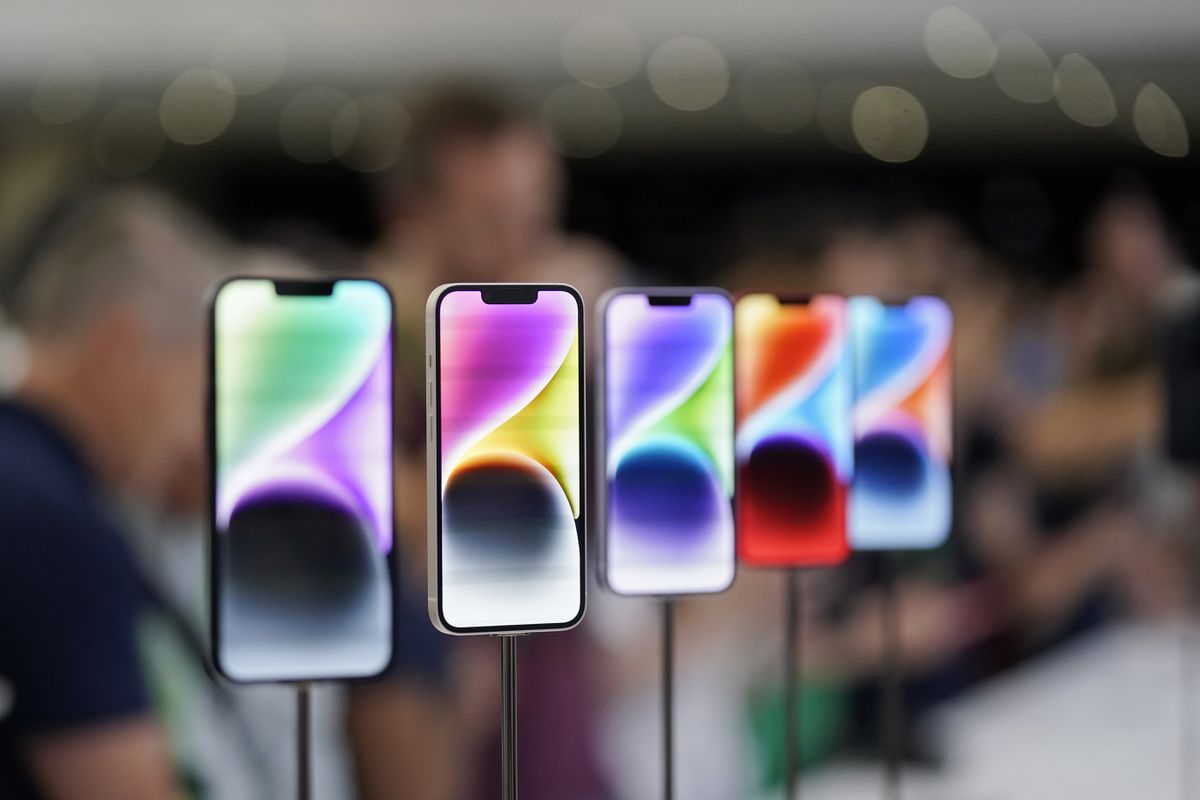 We tested the iPhone 14: a safe bet but with little news 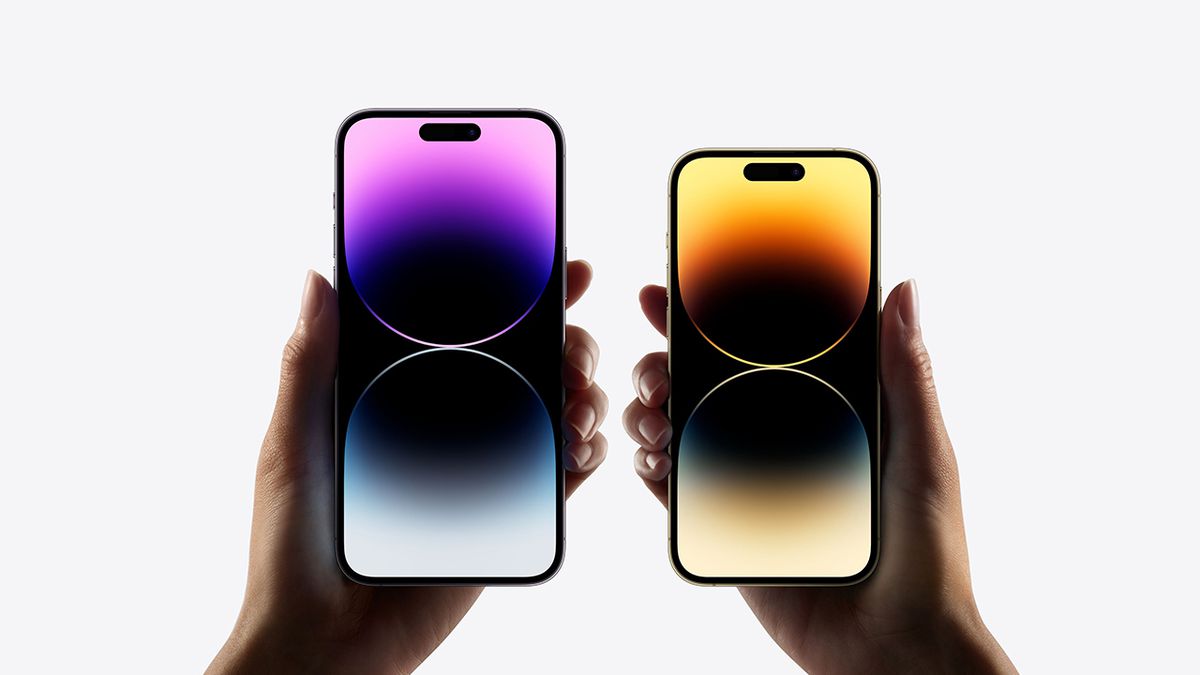 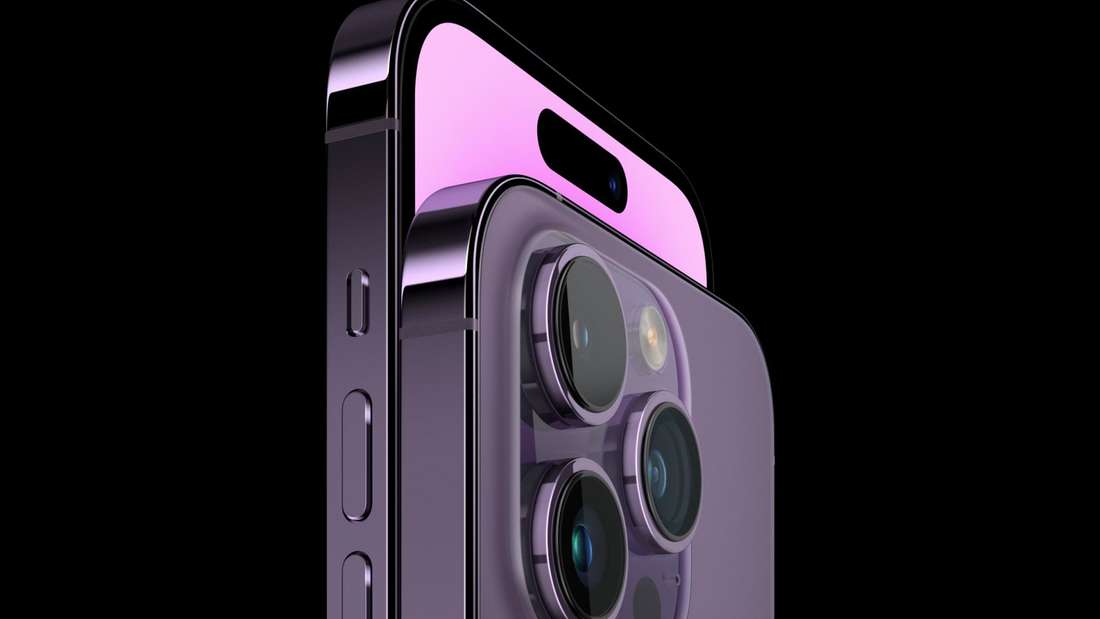 Apple Keynote: What the new iPhone 14 can do - and what else the company has in store 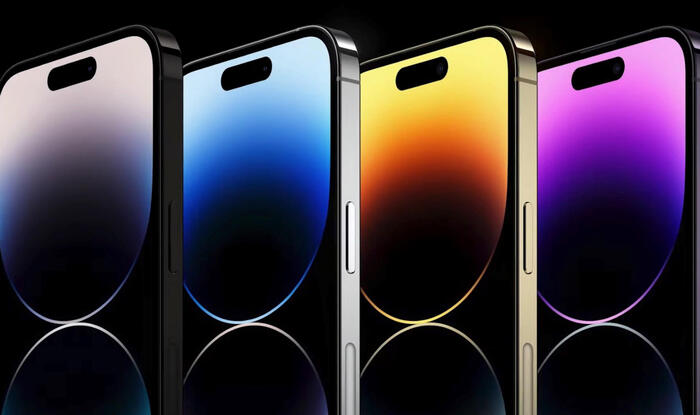