As is Ryan Murphy's way, this time the first episode of his new Netflix series draws straight from the beginning. But unlike the previous series, "Dahmer - Monster: The Story of Jeffrey Dahmer" continues

As is Ryan Murphy's way, this time the first episode of his new Netflix series draws straight from the beginning.

But unlike the previous series, "Dahmer - Monster: The Story of Jeffrey Dahmer" continues to be excellent throughout because, apart from focusing on the killer's monstrous soul, it manages to arouse interest in his victims as well

Trailer for the series "Dahmer - Monster: The Story of Jeffrey Dahmer" (Netflix)

In May 1991, Konrak Sinthsompone, son of immigrants from Laos, managed to escape from an apartment in Milwaukee while naked and drugged.

Three women from the building called the police and pointed to a tenant named Jeffrey Dahmer as being responsible for the 14-year-old boy's condition.

Officer John Belserzak was content with Dahmer's explanation that Synthsompona was actually his adult partner who ran away from the apartment during an argument.

He sent Synthsomphona back into the devil's arms, where the poor boy was murdered and dismembered, like the rest of the monster's victims from Wisconsin.

The story of Dahmer, who was captured two months after the incident for his attempted murder of another young man who escaped from his apartment, was chilling, but the case of Synthesomfone in particular was highlighted in the world media.

The thought that the unfortunate boy was already within touching distance of freedom and was handed back from the arms of the law to the arms of his captors was depressing, and the details of the case were also highlighted in the main headlines in Israel (just remember that these were the pre-internet days, the exposure to this type of events was not immediate).

The world has known many serial killers, one like Dahmer was particularly difficult to digest, literally.

Came back despite everything.

"Dahmer - Monster: The Jeffrey Dahmer Story" ("Dahmer - Monster: The Jeffrey Dahmer Story"), a 10-episode series created by Ryan Murphy and Ian Brennan, recently appeared on Netflix and unfolds the life story of the cannibal from Milwaukee from his birth, through his growing up in the family disassembled and his life in his grandmother's house in Ohio, until he became a monster thirsty for the blood and flesh of men, mainly homosexuals with a lost identity.

As expected, from the first day of its broadcast at the end of last week, this series caused a significant response.

Those who did not know the gruesome story were horrified, and those who did were given a reliable and moving visual framework.

Murphy is usually good in the first few episodes and gets lost after that.

This was the case in "Ratched", which I did not survive, and "Hollywood", in which I lost interest after the second episode.

This is not the case in "Monster".

The first episode is a masterpiece of television horror.

It is doubtful if Netflix, with its plethora of thrillers and psychological horror, has ever had such a polished creation of horror.

What's beautiful about this episode is that you can watch it as a movie in itself - after all, it's an exposition with catharsis from which the plot develops - but what's even better is that this time the sequel is also excellent.

Maybe less scary and with a storyline that swims in less deep water, but still does the job.

In 2018, Peters announced that he was leaving "American Horror Story" because "I'm a person who likes to fool around and have fun, I don't like to shout."

He also stated that the roles he played in the series harmed his mental health, and here, ironically, four years later he entered a character with a potentially destructive personality.

He yells a lot, acts like a psychopath and does it perfectly.

Peters is a hit with the chilling appearance, the metallic and quiet voice that hides a morbid violence inside.

The casting of Richard Jenkins as his father Lionel, Nessie Nash as the suspicious neighbor Glenda Cleveland, and Molly Ringwald, who injures in a small but effective role, is also excellent.

The excellent acting and the fascinating story provide great added value, but they are not what make "Monster" a must-see series.

First, Murphy gave a lot of space to the people who were murdered and also to their families.

I knew the case of Synthsomfone for a long time, but after every other murdered person that was revealed I found myself typing and looking for details about him, trying to get to know the real face.

A quick look at Google Trends reveals that many others have done so, and this is where the real success of the series' creators lies - it may focus on Dahmer, but manages to generate attention for his victims.

If most of the previous series were painted by Murphy in bright and cheerful colors, "Monster" is designed exactly as it should be - in gloomy colors and a disturbing gloom that creates an increased presence of the characters and the atmosphere.

So heightened, that when neighbor Glenda Cleveland asks Jeffrey what the foul smell is coming from his apartment, you can almost feel the stench in your nostrils.

In addition, the five directors of the series effectively reuse KC & The Sunshine Band's "Please Don't Go", a song (and music video) that was already dark in its own right, and now has another significant layer of creepiness.

Dahmer, like many other psychopaths, operated with a clear mind.

He was not guided, like Ronald Defoe, the "Amityville Killer" who claimed to have heard voices telling him to murder his family members.

He himself did not even try to hide his sanity at the time of the acts, and therefore the line of insanity which his lawyer took quickly collapsed in his trial.

Peters builds well the bridge between the desire to be loved and the anxiety of abandonment, a bridge that Dahmer walked on before wielding blunt and sharp tools and brutally taking young lives.

The difference between the outburst of violent force towards the young men and the shy respect he had for his father, his grandmother and even for Glenda Cleveland, whose specific confrontation scene with her is one of the best and most chilling in the whole series, is especially evident.

Murphy miraculously brings up the problematic attitude of the police towards the minorities, an issue that was and will probably always remain topical in the United States ("I called you dozens of times and you always say you will come and you don't," lamented Glenda in one of the conversations with the Journal).

There is, of course, a great deal of justice in this, for if the neighborhood where Dahmer lived had been white, the chain of murders would, with high probability, have been interrupted earlier.

However, in my opinion, the bigger discussion is the one dealing with the question of responsibility.

The curiosity in every case of serial killers arises from the question of where it all started, but the answer is never clear.

In "We Have to Talk About Kevin" Ava (Tilda Swinton) asks her son Kevin (Ezra Miller) why he massacred his classmates and family members and replies "I used to think I knew, today I'm not sure anymore".

The shaky family nest in which he grew up "obliges" to place the blame on Dahmer's parents, but many children suffer from problematic frameworks and in the vast majority of cases do not become murderers and cannibals.

Since concepts like guilt and responsibility tend to be subjective, Murphy leaves the question open and the answer in the eye of the beholder.

Responsible for one of the best and creepiest moments in the series.

"Monster: The Story of Jeffrey Dahmer" is one of the best series that appeared on Netflix in recent years, because it provides a reliable and mostly not extreme dimension to a shocking story.

Murphy likes to spread his series, and here too there is a feeling that eight or even six episodes could have been enough.

But even at this length it manages to maintain tension, especially thanks to Peters' acting, the excellent direction and the story itself, where reality surpasses all imagination.

The series about Jeffrey Dahmer angers the families of the victims: "How could they do this?" - Walla! culture Making costumes and celebrations at the bar: the disturbing obsession of "Dahmer - Monster" fans - voila! culture 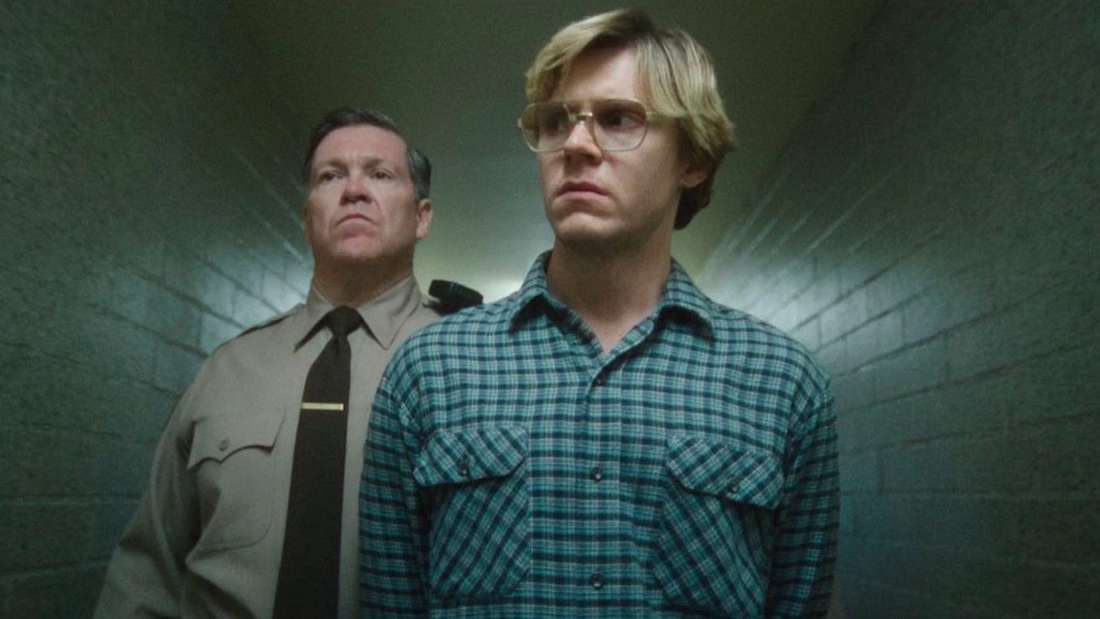 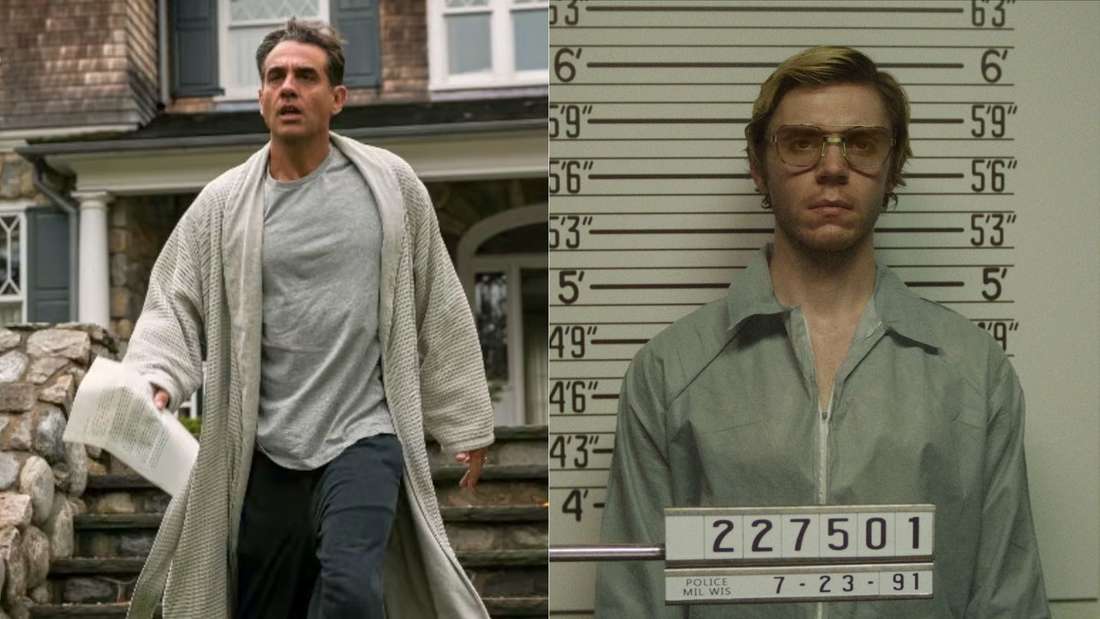 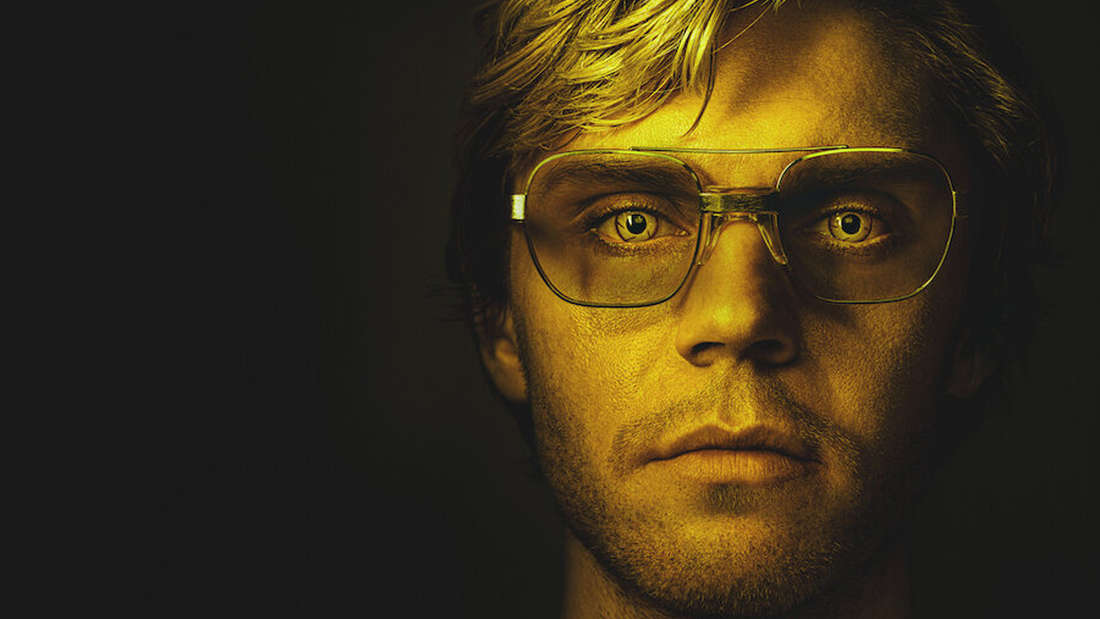 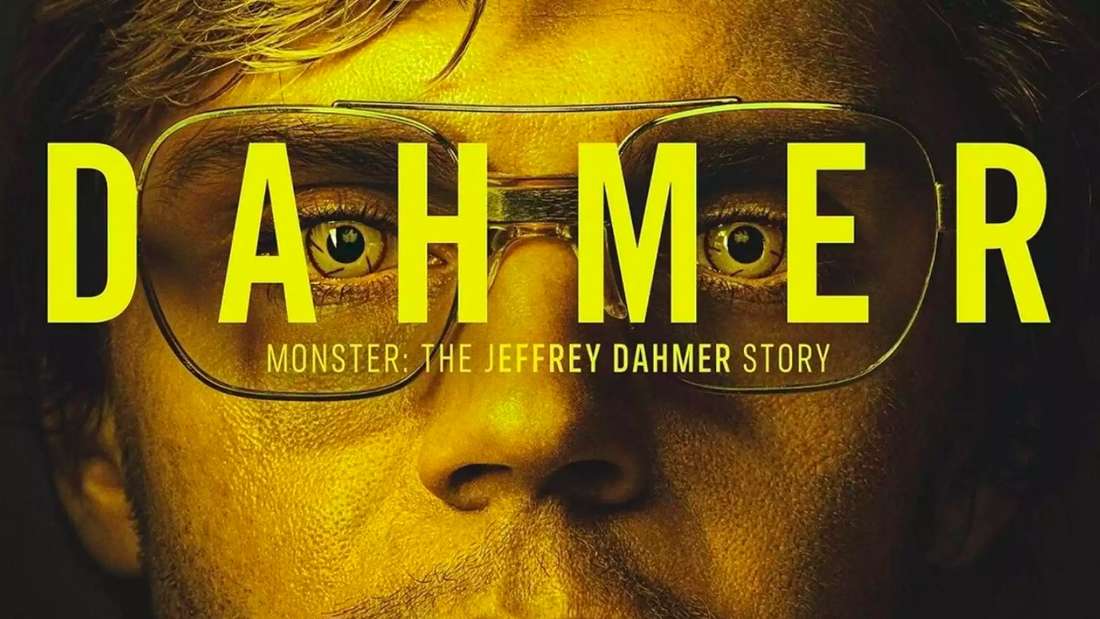 Monster - The Jeffrey Dahmer Story: Review of the Pilot Episode 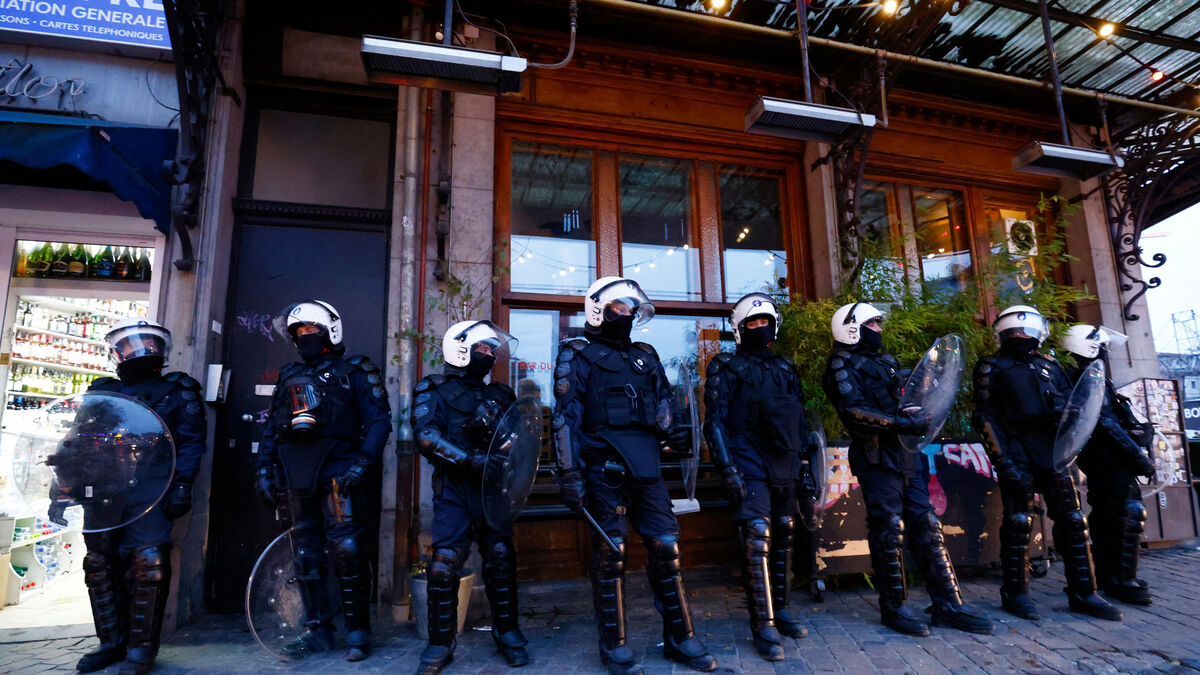 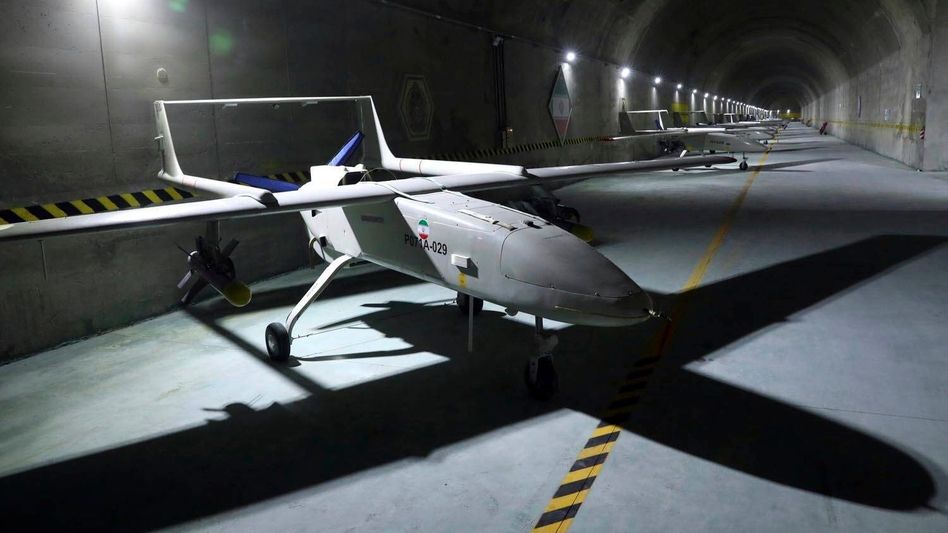 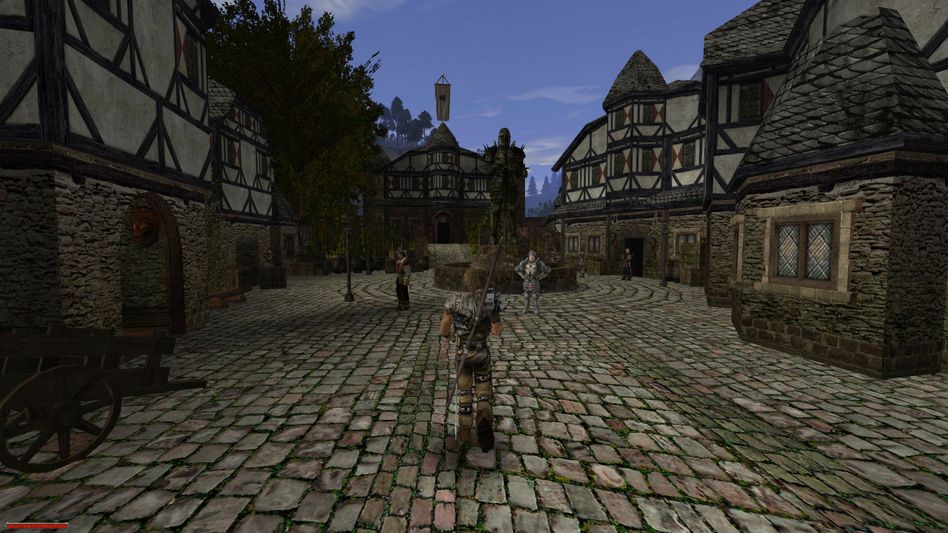