The operation of public transportation on Shabbat deserves more than a round of statements. It deserves a thorough program of understanding the needs and adapting the system to them

Public transportation on Shabbat: a solution is required, not election propaganda

The Minister of Transportation's statements about operating public transportation on Shabbat is beautiful, it is a correct and socially just act.

But in a country that has difficulty providing one on weekdays, without the opinion of professionals and operators who are afraid to oppose - the truth is that this cannot really happen

Will they be activated on Saturday?

For whom and by whom? (Photo: Image processing, Shutterstock)

Public transportation is the main key to creating a worthy, if partial, alternative to the private car, it is one of the most central growth engines for the periphery, for social mobility, for the possibility of people from different economic circles to have equal opportunities in employment, for reducing air pollution, reducing traffic accidents, accessibility and the list is very long.

But in the discourse about public transportation and its place in society, it is very easy to get confused and ignore the natural limitations of this type of transportation.

A solution is required, but with professional and transparent work behind it (Photo: Reuven Castro)

And let's start from the base, it is expected that every decision in an orderly and reformed country will be made under the leadership of the professional level in the field.

We approached them with a simple question "Has the authority been asked, or prepared a position paper on the issue of operating public transportation on Shabbat?"

This remains in the air - there is no voice and no answer - perhaps mainly because there is no such document.

Probably because they also know that the economic feasibility and operational operation of public transportation on Shabbat is simply not worthwhile.

Why don't they say that?

One can only assume that a manager was appointed to her, but less than a month ago she is not really in a hurry to present a position that is contrary to that of the minister.

When should the resume be shortened and how to do it?

Passengers on the Shabbat lines operated by the local authorities (Photo: Yotam Ronan)

And the Ministry of Transportation knows this.

The operators claim that the reason is a lack of drivers.

We will come back to it.

Let's start with functional transportation the rest of the week (Photo: Reuven Castro)

And what about the activities themselves?

Well, surprisingly or not, nobody asks them.

It can be said that it is right - the Ministry of Transportation sets the policy and they are the ones who have to implement this policy as a service to the public.

But there is a problem, these operators operate under contracts and tenders issued by the Ministry of Transportation, tenders that would include a change in the operation of the lines and also include public transportation on Shabbat are not done within a few weeks or even months.

On the other hand, this bidding system, in which 15 companies compete for the operation of the public transportation clusters, puts them in a situation where there is no operator that is willing to speak out loudly against the Ministry of Transportation.

They are also well aware of the additional and difficult problem facing the public transportation system in Israel - the acute shortage of drivers and the difficulty of retaining those that exist.

And everyone should fear the possible solution to this blunder - turning to the private sector for subcontractors to operate the lines - as they tried to solve the problem of the lack of drivers.

According to one of the sources, this will turn public transportation into a black market, where there is no way to know who the drivers are working for these contractors.

By the way drivers, at the head of the office is the chairman of the Labor Party, the one that historically sides with the workers, precisely here there was no reference to those who are supposed to sit behind the wheel of those buses that will travel on Shabbat. The drivers who are already working much more than the average in the economy will have to give up their weekly rest day in the country in order to continue driving and working. Another day of rest of their choice in the week? Surely they could offer them one. Except that this is an idea that was tried even in the worst times during the communist regime, the fact that this day of rest does not coincide with the children's vacation from school, the family trip, the social gatherings - is the right Taking the bus on a Saturday afternoon is more important? Maybe, but it never even came up for discussion.

"Where will the drivers come from for the weekends?"

When there is a shortage of nearly 5,000 drivers on the weekdays, where will the drivers for the weekends come from?" says Tamar Ohana, head of the transportation branch for employees. "It is important to understand that due to the plight of drivers, drivers are already working an average of 240 hours a month (!).

Many contacts also for 280 hours.

Drivers take these hours also due to the low wages, but also because their employers oblige them to drive - in the absence of drivers.

If drivers are indeed required to stretch the blanket even further, and to drive on the weekend, while paying a heavy personal and family price, the extent of leaving the industry will only deepen. Already today there are 70,000 bus license holders who refuse to exercise their license under the existing conditions. Another concern is that if the companies were charged to operate lines on Shabbat, they will find impromptu solutions, such as hiring temporary drivers at a low cost, a fact that will harm the wage levels used in the industry,

But you will also put the public at risk due to the use of unprofessional drivers.

We will continue to fight for the employment conditions of the drivers, because public transportation cannot be improved without drivers.

And without proper conditions there will be no drivers."

For male and female drivers, the envelope of employees required to operate public transportation must be added.

Intelligence, ushers, security guards, maintenance personnel, cleaning, station managers, logistics - in the running of the national teams, and even before we put the train into the picture - it is possible to doubt whether the number of actual users of public transportation on Shabbat will exceed the number of people required to operate it.

It can be assumed that these families will not arrive here on two buses in each direction (Photo: Sepek 500, Erez Michaeli)

Well, it's not a completely lame argument.

That is, it is a slip but not completely.

On the other hand, this perception also has a reality that contradicts it.

Because public transportation is not a complete alternative to the car, but a means of mass transportation that, like any mass service, does not provide an all-inclusive solution, but allows a decent alternative with a compromise most of the time for most people.

A compromise that cannot always be made on weekends.

Eitan who goes for bike rides with friends on Saturday morning will not give up the car because public transportation does not allow him to do so.

Also the Raviv, Levy or Hershkowitz family from Ra'anana do not load their three children, the cooler, the folding stroller and the bags to line 821 from Ra'anana and change it to 412 in Afula to go to Sakhana on Saturday morning.

People who plan a joint trip, with several stops, or one that does not depend on a pre-dictated schedule, the parents who visit the child at BHD 1 in Mitzpe Ramon will not do this and neither will tens of thousands of families traveling in Israel who want to go to nature reserves and national parks.

The assumption that those who own a car due to the lack of public transportation on Shabbat use it in the middle of the week is not supported by data (Photo: Reuven Castro)

And to be clear, public transportation on Shabbat is a true and real need - even those who do not own a private car must be allowed the right to travel, arrive and move in Israel.

The lack of public transportation on Shabbat does a terrible injustice to these groups of the population - the daughter who wants to take advantage of her day off to dine her parents in the hospital, the young people who would prefer to go out to spend time without leaving a driver on duty, those who do not have a driver's license or do not own a car, the soldier who will be able to visit the company during the hours The paucity of the weekend vacation - all these and many others deserve a solution.

A country that denies the transportation needs of its weaker, non-privileged parts is closed and cruel.

The sacred status quo of observing Shabbat in the public sphere changes along with the diverse needs of Israeli society, and cannot come at the expense of a growing public.

Public transportation on Shabbat can operate, sorry, must operate, but the way this move is painted does not serve or promote a solution for those who need it based on an analysis of their needs, the appropriate means and the tools available to the state to implement it.

It currently serves a political need and may take the just struggle to change the status quo to the place of political-social controversy.

Models for operating public transportation on Shabbat exist and more are required.

But in field work, not in statements (Photo: Kafir Sivan)

Because this is a country that for years sanctified the private car, paved roads, built neighborhoods that are alienated from pedestrians and oppresses public transportation for its users.

But the fact that the repeated mentions of the possibility of creating public transportation on Shabbat at the same time as the understanding that we are going to elections, makes it clear that the only service these statements will bring is to bring people to the polls, not to the Hafzam district on Shabbat.

Introducing an orderly and professional staff work, clarifying the issue in front of the parties who have to operate this system, analyzing the needs at the end-user level and a little more small moves and two realities such as the expansion of "Naim on the weekend" and similar projects will contribute to driving change much more than publishing petitions and posts.

2022 elections: the driver's guide to the polls - voila! vehicle 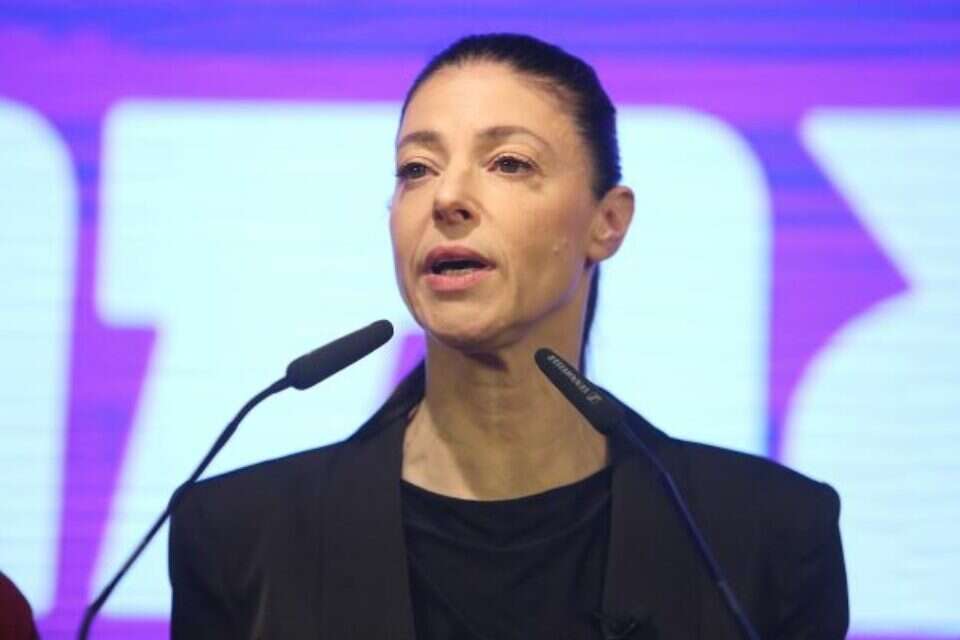 Survey: 75% of the Jewish public in Israel supports the operation of public transportation on Shabbat - voila! news 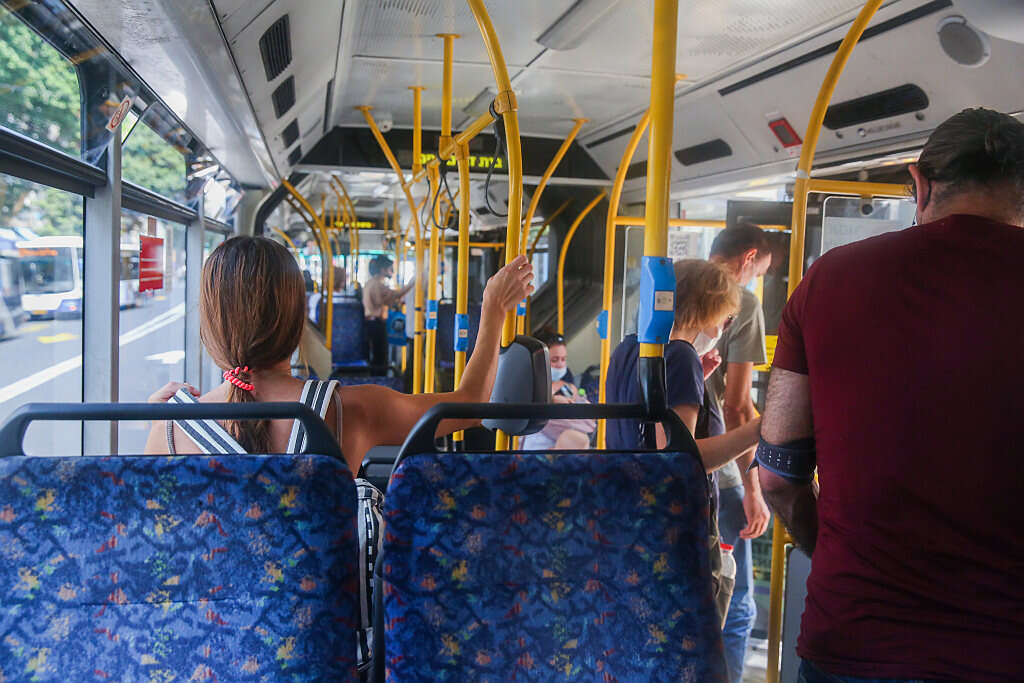 Survey: 75% of Israelis support the operation of public transportation on Shabbat Israel today

Michaeli: I will work to operate the light rail on Saturday; Shas: "Cynical election campaign at the expense of Judaism" - Voila! News 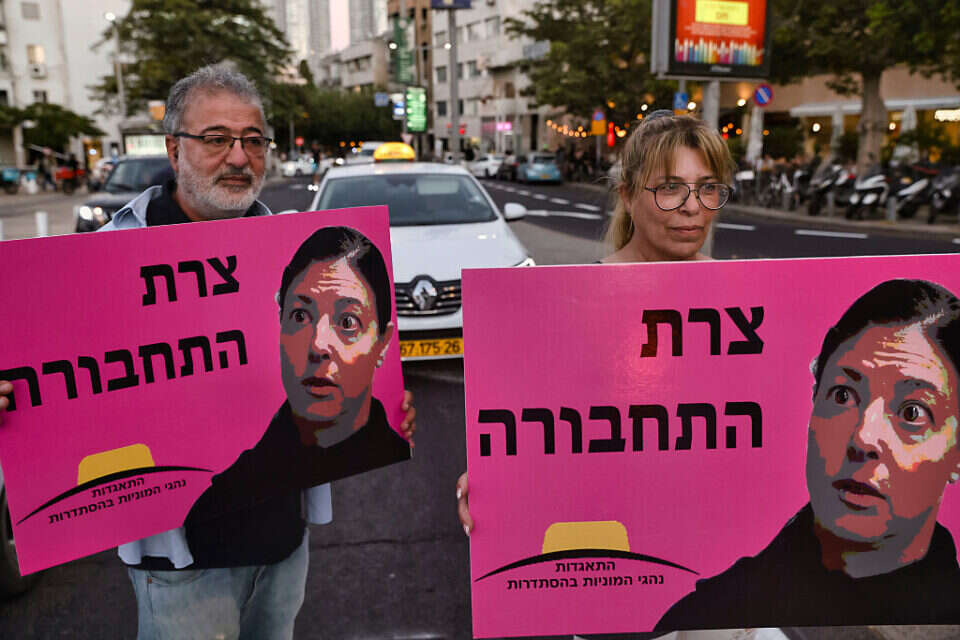 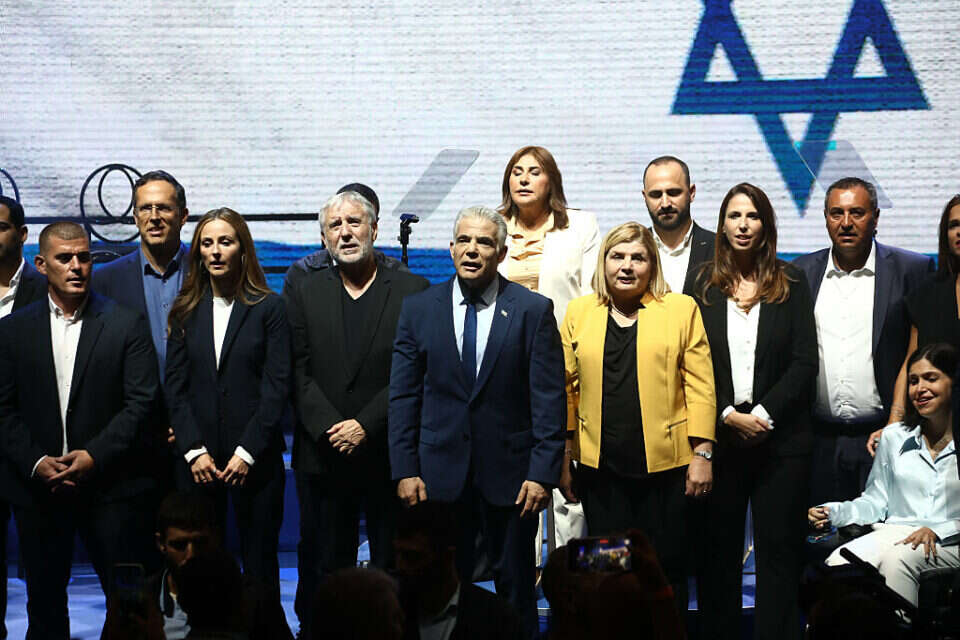 Opinion Although the cost of living is the most burning issue, the members of the government manage to eliminate it from the agenda Israel today