Game review: What did we think of the new version of Saints Row? | Israel today

With countless bugs, technical problems and glitches that wouldn't shame sinkholes in the Ayalon lanes, GTA's towering emulation proves that this time, more than ever, crime doesn't pay 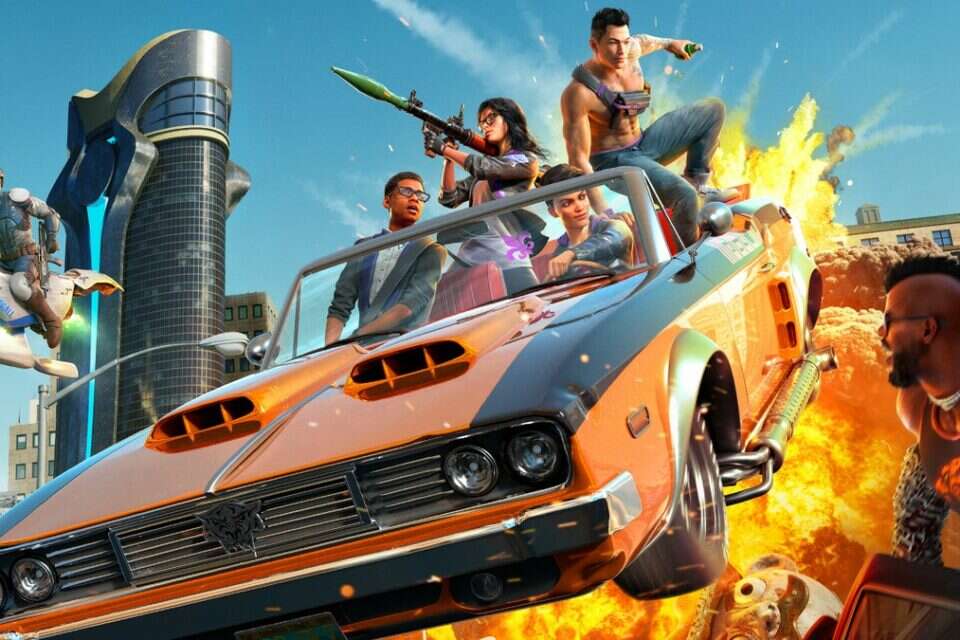 Let's start from the end.

We'd be happy to end this review with a sentence like "It's a shame, because if it weren't for all the bugs, technical issues, and the feeling that Volition's quality control department was negligent in its work, Saints Row could be a great game that will keep you entertained until GTA 6 comes out." .

The problem is that if we write this sentence, we will lie.

Because even without the bugs, Saints Row is a fairly mediocre product that maybe, just maybe, would have managed to impress us during the heyday of the PlayStation 3. That is, more than a decade ago.

If the name of the game sounds familiar to you but you are missing a number next to it, you are not wrong.

This is another chapter in the series of GTA imitations, or more precisely in the series of parody games that make fun of the Rockstar brand of crime, and try to provide them with a light and humorous alternative.

Although the new and fifth installment in the series bears exactly the same name as the first title from 2006, it is not a remake or a remaster, but a complete clone developed from scratch.

The new Saints Row, like its predecessors, is an action-adventure game in an open world, where the goal is to be as bad as possible.

You know the formula: walking around the city (this time it's an imaginary equivalent of Las Vegas, with lots of casinos in the heart of the desert), carrying out clearly illegal missions (we'll get to them later) and aiming to make your struggling criminal organization (the Saints) the leading criminal entity in the city.

It is true that this is not the most educational ambition in the world, but if you take into account that the local law enforcement agencies are even more corrupt than you and the rival gangs are less fun and cool than yours, then somewhere, on the contrary, it turns out that you are fighting for freedom and justice.

In short, as long as you torpedo the plans of your even-more-evil opponents - and preferably with real torpedo missiles - all is well.

Another appropriate description for the game: Saint Row is GTA, only much less serious, much more colorful, much, much more explosions, completely ignoring the laws of physics to the point of ridiculousness (or is it actually the bugs)?

And a wing suit that until now we haven't learned to open in time, but thanks to it we got used to the taste of asphalt crumbs between our teeth.

For an open world game, especially one that so blatantly imitates the lions of the genre, to be successful, it must deliver the goods in three basic parameters: the driving mechanism, the fighting mechanism, and the variety of missions.

Unfortunately, the new Saints Row fails to deliver in these three areas.

After all, it is known that all the fun in GTA and the like is walking around the streets, getting into any vehicle (or flying, or sailing) you want, participating in chases and creating scenes that wouldn't put the "Fast and Furious" movies to shame.

Only here, the control of the vehicles is so loose, so imprecise and so frustrating, that it is better to take a bus.

It's almost impossible to make a proper turn at high speed without hitting a wall or a guardrail, and going in reverse is even more horrible.

Tip: If you are forced to reverse, it is better to get out of your vehicle and enter another car that is facing forward, than to drive backwards in the first vehicle and try to drive properly, because you will not succeed.

The control is no less terrible.

In the case of Saints Row, it's better to be a pacifist.

Selection because the weapons are indeed varied, but it is very difficult to aim the different guns, certainly on distant targets.

Our little scope insisted on spraying the entire screen, but just not our enemy.

Once we were able to zero in on him, the best bet was to stand still and not move until we emptied the entire cartridge on him, but then we were exposed to other enemies.

There is no dedicated hide button in the game, but you simply stand behind some object and hope for the best.

Shoot (with an emphasis on hitting) while moving?

The kicks, punches and cold weapons also tend to miss their targets, as often as our impatience to deal with the stuttering combat mechanism.

Not exaggerating: a quarter of the time we found ourselves jumping into the air, because we missed the enemy by a few millimeters and waited for the slow animations of the blows to reset.

Double Dragon Lados provided us with more enjoyment from the battles here.

To the extent that.

"The bugs are coming", photo: None

And there is the matter of the tasks.

By the time we gave up, and not just metaphorically, we had completed about 30 missions in the game - main and side.

Almost all of them required us to reach a certain location, kill a battalion of rival gang members there, maybe participate in a short chase and close the deal.

Once it was outside a donut shop, another time in a church (which eventually became the home base of the Saints - makes sense, no?), and a third time at a construction site, but it all felt the same and generic to us.

So it is true that this is the general formula of the genre, but on the other hand two relatively enjoyable missions - one inside a prison that required us to sneak and not just go wild, and another on a moving train that asked us to jump between cars while handling hostile aircraft that circled around us - proved that with With a little desire it is possible to deviate from the classic template of driving and shooting.

The bugs are coming

It's amazing that we've come this far and still haven't addressed Saints Row's main problem, a problem that feels like a slap in the face of consumers.

You can definitely say that these are our subjective opinions, and maybe other players will be less critical about them.

The graphics of the game are actually not bad at all, even impressive at times.

The city looks great with its many streets, alleys, buildings and attractions - like giant donut statues - and has a lot to do (countless side missions), buy (weapons, vehicles, outfits, etc.), and blow up (everything).

We are not that anti.

But bugs aren't subjective, and Saints Row is full of them.

A selection of cases we have encountered ourselves: tasks that get stuck because a certain thing did not happen (for example, a door that was supposed to open at a certain point in time);

An enemy that was trapped inside a wall and we were not able to hit him (and not move forward either, because for this we must eliminate all the enemies in the arena);

objects that cannot be picked up the first time, but if you make a turn and come back to them then you can pick them up;

And a screen that was completely messed up when we got into the helicopter and we couldn't see where we were flying.

And these are just some of the more significant bugs, as we experienced countless small graphical glitches that did not affect the gameplay, such as floating objects, etc.

There is no amnesty

No matter how you spin it, it gives the impression that Saints Row is a half-baked product that needs a few more months of polishing.

What is surprising here is that the game was launched about a month ago, at the end of August, in a much worse state.

In fact, we're only publishing this review now because we chose to give it a few weeks of grace, as Volition and distributor Deep Silver were aware of the issues and promised to improve the quality of the product.

Although the companies released several updates since the launch that fixed quite a few other problems, but all the bugs we mentioned

after we downloaded all the available updates.

This is, in our opinion, Saints Row's biggest crime.

Game review: What did we think of the new version of Saints Row? | Israel today 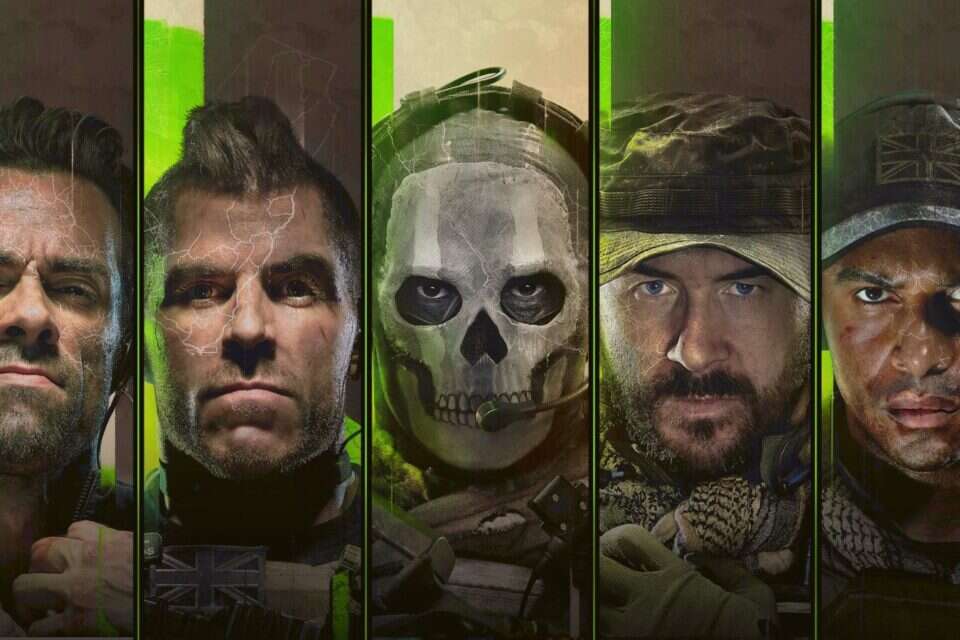 It's almost official: there won't be a new Call of Duty game coming out next year Israel today

Israeli players paid more for Spider-Man on the PC - voila! The gaming channel 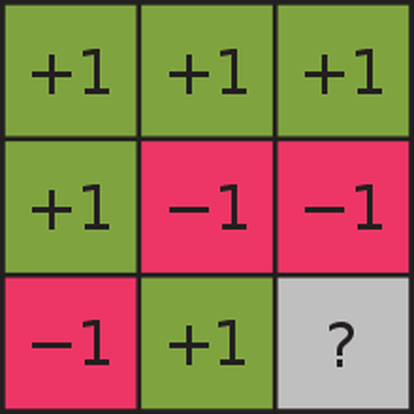 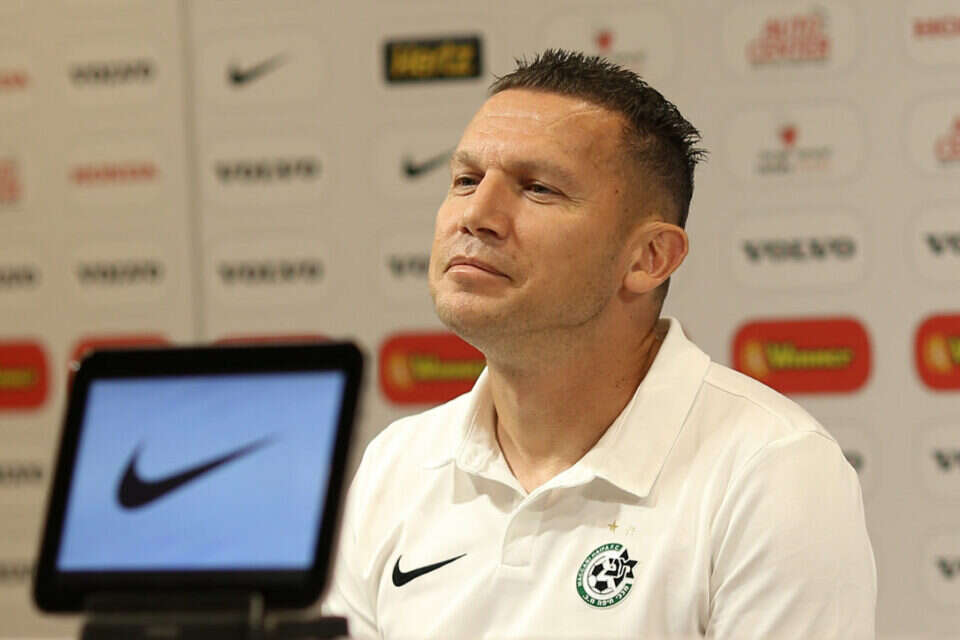 The game Death Stranding is coming this week to the Game Pass service - voila! The gaming channel