The Jordanian coming-of-age film is scrambled and unreliable. Even if you were angry about the one-sidedness, you should remember that this is ultimately a feature film - and nothing more

The trailer for the movie "Fareha" (TaleBox / Picture Tree International)

Two decades ago, a photo of Barbra Streisand's mansion in Malibu was published online.

I mean, roughly - the photo was one of 12,000 aerial photos of a stretch of beach released as part of a record of California coastline retreat.

Streisand, determined to protect her privacy, sued the photographer and the advertising website, demanding $50 million in damages.

Streisand didn't just lose that battle—she accomplished the exact opposite.

Before the lawsuit, the photo in question received a dizzying number of 6 downloads, two of which were from Streisand's lawyers.

A month after the lawsuit, the number jumped to hundreds of thousands, and today she stars in the Wikipedia entry of the phenomenon named after her - the "Streisand effect", a situation in which the attempt to hide or censor something creates an overexposure of the same thing you wanted to hide.

And so it turned out that in Israel they have been talking for two days about "Fareha", a period Jordanian film that takes place during the War of Independence and arrived in the Netflix library more than a year after it was screened at the Toronto Film Festival - and since then has generated very little interest and buzz.

But suddenly, after it became known that it includes a scene in which Israeli soldiers kill a Palestinian family, ministers such as Hili Trooper and Avigdor Lieberman wrote angry posts about the film and the theater in Jaffa that screened it, Itamar Ben Gabir added that it was "mind engineering that should be dealt with by the Ministry of Foreign Affairs". Whereas Natalie Dadon explained to her followers that "apparently its only purpose is to increase anti-Semitism against the Jewish people" and called to disconnect from Netflix in protest, a call that quickly spread on the network.

On the Serog website, they increased their efforts and quoted a subscriber who is considering disconnecting from Netflix, who links the release of the film to a conspiracy about "haters of Israel and BDS in particular" who are slowly taking over "many bodies".

There's also a movie underneath all the fuss, and it's pretty mediocre.

But wait, we're in a movie review after all, and underneath all this fuss there's also a movie.

The Jordanian Salam tells for an hour and a half the story of a 14-year-old girl named Farha, whose father is the head of a Palestinian village in 1948.

Farha dreams of leaving the small, desolate village to attend school in the city, but her father, a respected leader in the village, is less than enthusiastic about the idea.

This little conflict is interrupted when the village is attacked by Israeli forces, leading her father to lock her in a warehouse to protect her.

"Fareha" is a rather small film: few locations, little plot, a lot of panicked glances, standard dialogues - not to mention completely mediocre.

The period reconstruction here amounts to traditional costumes and some old vehicles.

Throughout most of the film, the presence of the Israeli forces is mostly hinted at with the help of explosions or gunshots, smoke and dust - perhaps for artistic reasons, more likely that there was simply no budget for effects and extensive period reconstruction.

It's actually not really a war movie, but a coming-of-age movie with dialogues you've already heard in another period movie about a "girl ahead of her time", in basic filmmaking.

"Committed to the freedom of art": The Jaffa theater last night screened the film in which "the IDF kills a Palestinian family"

Farha spends most of the film in the locked warehouse - calling her father, amusing herself, trying to escape and peeking out hoping that they will come to save her.

She is not an active part of the main drama in the film - the same scene that caused all the scandals - in which, at one point, a Palestinian family, including a pregnant woman, appears outside the warehouse.

The "difficult" sections in it are shocking mainly on paper because they are not done well enough to feel believable: not the moment when the woman gives birth in the field in a minute and a half and without a drop of blood, certainly not the scenes starring "Israeli soldiers" who speak crooked Hebrew with sentences like "Look her" instead of "on her".

The soldiers are played and presented in such an alien way that they look a bit like villains in a cartoon - several soldiers and a female soldier (only she with a red beret on her head, for some reason), who execute family members without explanation or reason, and along the way also tease them, to emphasize their convictions.

Absolutely, but in the end, a feature film is not a documentary or an investigative report.

The representation of the Israeli soldiers in the film, as sketchy and unresearched as it may be, is mostly symbolic.

The film refers to Farha's story as a true story, but the director never elaborated on how much of it was true - only stating that she heard the story from her mother about a girl who was locked in a warehouse by her father.

Even if there was a way to prove that the story of the murder of the family did not exist and was not made up, it would not prove anything broader about the historical narrative, the Nakba or the morality of the IDF soldiers - but only that the director directed a feature film and not a documentary.

Screening of the film at the Al Saraya Theater in Jaffa, this week (photo: YHOT)

And here is the place to ask - in a country where the Nakba is such a big taboo, why turn the spotlight on a film whose discussion is necessarily a discussion about this issue?

After all, this is not a response to an existing crisis, but rather an opening of a front in front of a completely negligible film, which probably will not appear on the home page of any Netflix subscriber.

We're talking about a movie that didn't even get a Rotten-Tomato rating because barely two reviews were written about it since its premiere in September of last year - the kind of movie that movie fans happen to stumble upon at some festival and say "yes yes, very sad" and maybe read a bit on Wikipedia.

The film was chosen to represent Jordan in the foreign film category at the Oscars, but its chances of making it to the list of candidates are low to non-existent - unless the Israeli PR push will change the picture unintentionally. In the end, everyone here received a generous portion of symbolic capital in front of their base - The director can be proud of the radicalism and courage of "the film that upset the Israelis", while the crackers strengthened their bold Zionist image with minimal effort. 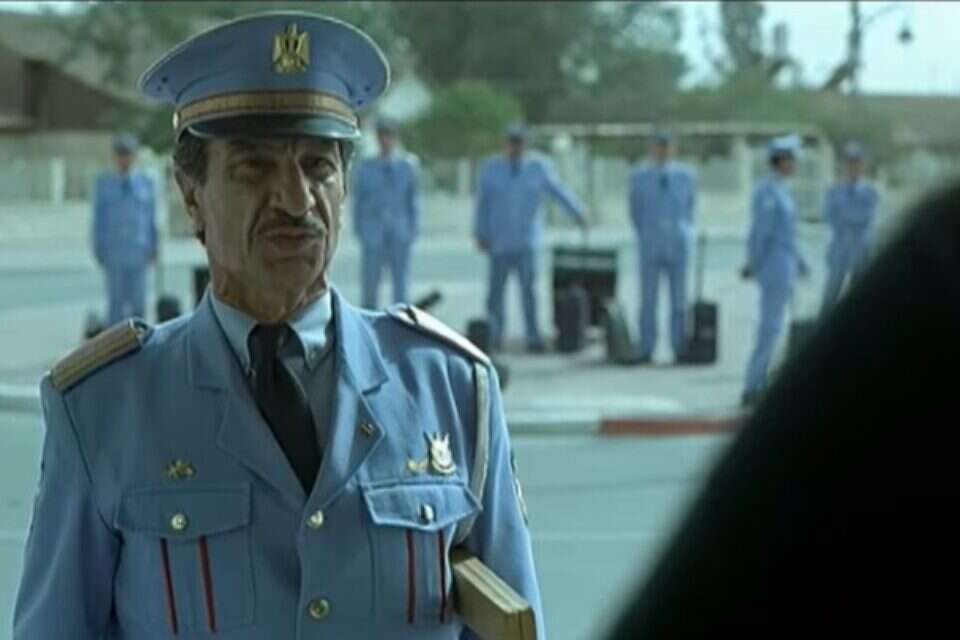 The short lists for the Oscars have been published: "Sabaya Cinema" is not nominated - voila! culture 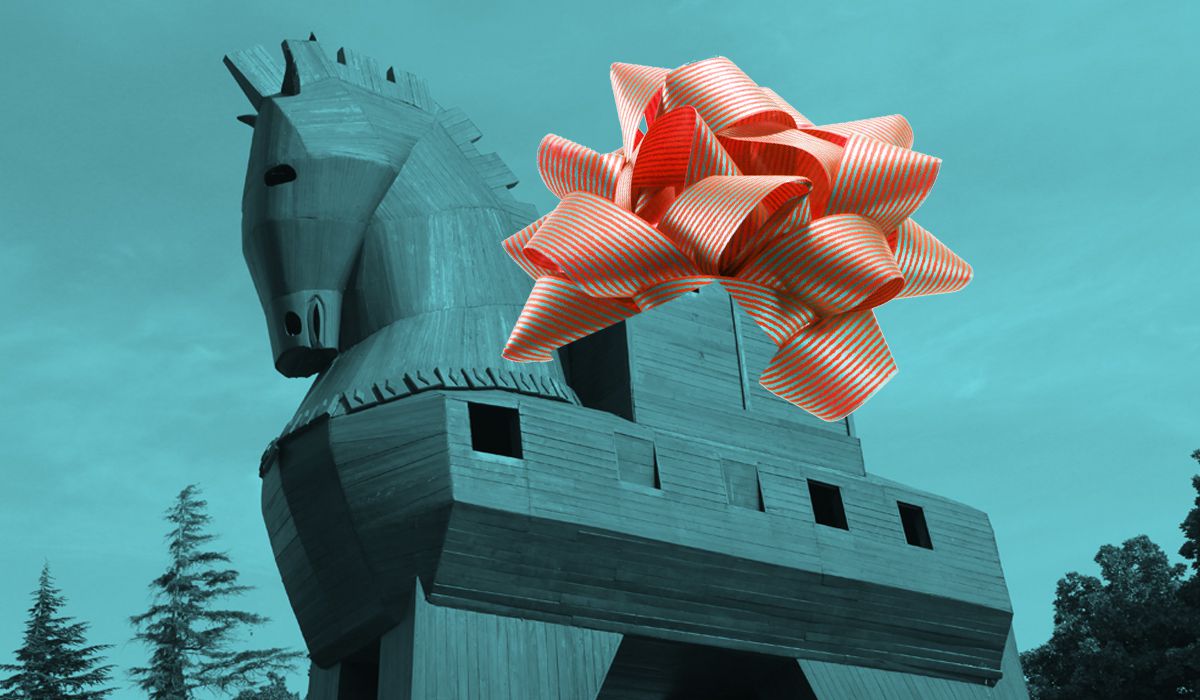 When a Christmas detail can cause a war: the most unfortunate gifts in history

Live in the movie: the wonderful year of the only Israeli in the World Cup final - voila! Of money