Gas imports from Qatar and Senegal: fossil deals in front of and behind the scenes

In front of and behind the scenes in Berlin this week there were several fossil deals - in the traffic light this is not without controversy. How far the fossil shopping tour should go and what that means for the climate. 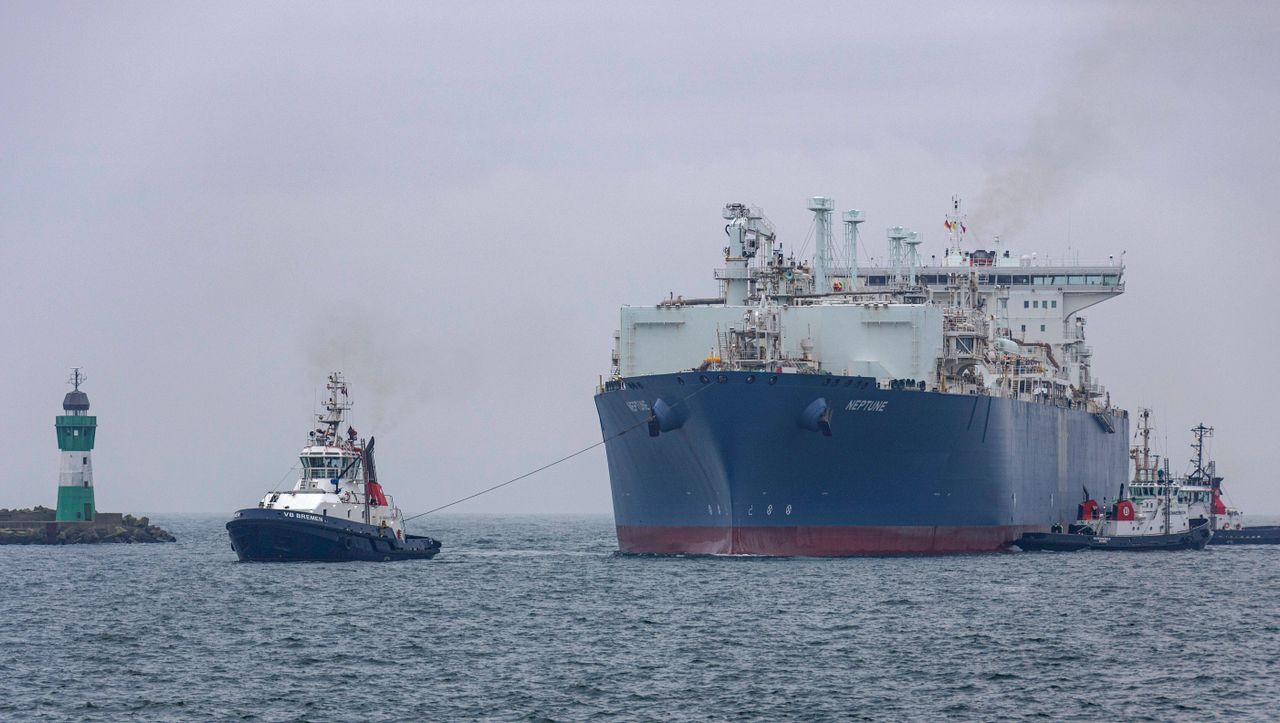 According to information from SPIEGEL, representatives of gas companies who want to develop new gas fields in Senegal with German help came to Berlin for the first time completely under the radar of the public.

This initiative by Chancellor Scholz is highly controversial.

The meetings were apparently so secret that even parts of the federal government knew nothing about them.

The first thing in the public eye was the gas deal with the Emirate of Qatar.

When Federal Interior Minister Faeser showed a One Love armband at the World Cup stadium in Doha as a "bold" sign of diversity, the energy giant Qatar Energy simultaneously concluded an agreement on the supply of liquefied natural gas to Germany.

A caricature by Klaus Stuttmann in SPIEGEL therefore appropriately showed a liquid gas ship with the One Love emblem.

Up to two million tons of gas are to be delivered to Germany every year.

This corresponds to about three percent of the annual German demand.

Opinions can be divided on this from a climate policy point of view.

It's about homeopathic amounts, which is hardly relevant for the German climate goals.

However, Germany is once again making itself dependent on an authoritarian regime for fossil raw materials and is signing long-term contracts up to 2041, which Economics Minister Robert Habeck says “could also like to go much longer”.

However, if Germany wants to be climate-neutral by 2045, they shouldn't go much longer.

Incidentally, China had just signed a supply contract with Qatar for 27 (!) years.

There is not much choice if you want to import gas from non-authoritarian states (see graphic).

And gas from the USA, which as the largest producer relies on environmentally harmful fracking gas, is not necessarily the first choice either.

But one thing is getting gas from countries that already have a production infrastructure in place.

Countries like Qatar have become rich through oil and gas, they have a fossil portfolio through and through.

The situation is completely different in African countries like Senegal, which are currently at a crossroads: are foreign investments, which are scarce anyway, flowing into new gas production towers or into wind and solar parks?

The orientation of many African economies for the next 30 to 40 years is currently dependent on this decision.

Such investments must pay for themselves.

And as the world relies less and less on fossil fuels, there could be so-called "stranded assets," scientists warn.

In addition, the profits flow abroad, there is hardly any growth, but there is a lot of corruption and the local population has little from the profits, writes Climate Action Tracker quite impressively in a recent report.

Secret meetings on the Senegal deal

So there are many reasons not to support fossil projects in Africa, but renewable ones.

An email from the Brunswick consulting agency was leaked to SPIEGEL.

Accordingly, on Wednesday and Thursday it organized a two-day Berlin program for a delegation of companies involved in gas production in Senegal.

Also present were representatives of the US gas producer Kosmos Energy and Thierno Ly, general manager of the Senegalese gas company Petrosen.

They wanted to "talk about the current status of the project and development opportunities," it said.

But with whom did the gas lobbyists meet?

When asked, it quickly became clear: neither the Green-led Foreign Office nor the Green Federal Ministry of Economics knew anything about the visit.

After more than two days, the SPD-led Federal Chancellery replied to SPIEGEL that State Secretary Jörg Kukies had met with Kosmos Energy and also with Petrosen.

"Gas is a huge opportunity for our country," Ly said at the time.

So should the demand

from Europe to be satisfied.

"At the moment everyone is knocking on our door," Ly told SPIEGEL.

The fishermen in Senegal and numerous non-governmental organizations are warning of the consequences of the gas project.

Fish stocks are already declining as a result of ocean warming, and even greater losses are threatened with gas production.

Due to the drilling, some sea regions are completely blocked.

Chancellor Scholz had already campaigned in Senegal in May for close cooperation on the gas project.

His foreign minister, Annalena Baerbock, and economics minister, Habeck, have so far been noticeably reticent.

It is becoming increasingly clear that the question of supporting new gas fields is growing into a real dispute.

The reason: Such projects contradict the promises that Germany made at the world climate conference in Glasgow last year: By the end of 2022, Germany and 38 other actors wanted to "stop direct public support for the international energy sector with undiminished use of fossil fuels".

When asked what to think of such new gas projects, the ministries answered evasively.

A spokesman for Habeck explained: "In order to comply with the Paris Agreement and to achieve the 1.5 degree target, the development of further gas fields

should be avoided as

far as possible ." implement from January 2023." However, it goes on to say: "The agreement within the framework of the G7 allows for

(...)." The Federal Foreign Office (AA) also points this out: These "exceptions" should not, however, be a long-term lock-in create effects.

It is currently being examined "

what exactly this includes

and excludes," according to the AA.

In other words, the ministries are currently negotiating how and whether support for new gas projects in Senegal can be reconciled with German climate protection.

This vote is dragging on.

Even before the climate conference two weeks ago in Sharm al-Sheikh, the traffic light wanted to position itself on this.

According to insiders, the Kreditanstalt für Wiederaufbau (KfW) and KfW IPEX-Bank, which is responsible for export guarantees, are said to be involved.

France has already reacted: From 2023, the country no longer wants to grant export guarantees for new projects using fossil fuels.

Germany is still a long way from that.

This was the result of a small inquiry from the LINKE in the Bundestag, which SPIEGEL has received.

Accordingly, the federal government is currently examining ten applications for the assumption of export credit guarantees in the amount of around one billion euros.

The guarantees are intended for fossil energy projects in countries such as Brazil, Iraq, Uzbekistan, Dominican Republic and Cuba, according to the request.

"All investments in fossil fuels must be reviewed," rightly demands MP Victor Perli from the left.

But if it goes wrong, there could soon be more of the same.

Of course, these would all be "exceptions."

Study on the end of lignite in North Rhine-Westphalia: Did Habeck miscalculate?

The early phase-out of coal in North Rhine-Westphalia is a consolation: because a number of coal piles are currently running due to the energy crisis, it should save millions of tons of CO₂.

But the promise is based on false numbers.

Soccer fans are boycotting the World Cup in Qatar, and the federal government is signing contracts for liquefied natural gas with the country.

How problematic is that?

And what would the alternatives be?

The most important questions and answers about the deal.

Qatar is supposed to deliver two million tons of liquefied natural gas per year to Germany.

The problem: The agreement is currently not helping to overcome bottlenecks - and is tying the country to fossil fuels for longer.

Volcano eruption in Hawaii: How a lava flow threatens the cradle of climate research

The eruption of Mauna Loa in Hawaii has unexpected side effects: A famous research station was cut off from the power grid by the lava flowing down.

The CO₂ content in the atmosphere has been measured there since 1958.

Heat in Qatar: How climate change is making the World Cup players sweat

More than 30 degrees Celsius in winter – such temperatures are not typical even for Doha.

Experts from an NGO have analyzed how global warming is affecting the region.

Soccer in the desert: how Fifa calculates the green World Cup

The soccer World Cup is climate-neutral – at least that's what Fifa and the host, Qatar, have announced.

You can find out whether this is true in the climate report.

First report on global fresh water reserves: The world is becoming ever drier

Climate change is also changing the water balance. In large regions of the world, rivers had less water than usual last year. South America and Africa were particularly hard hit.

Climate change is causing thick layers of ice to melt.

This uncovers animal carcasses that have been frozen for thousands of years - and with them viruses, some of which, according to a study, can be revived. 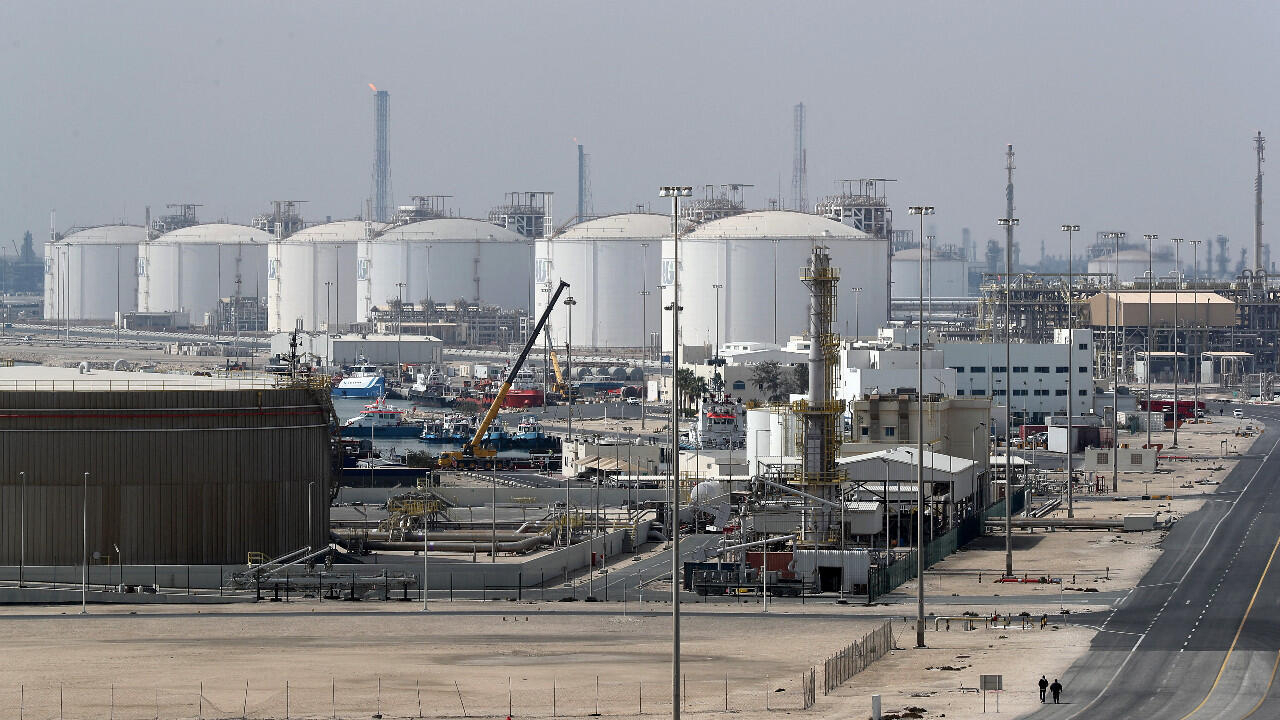 In the middle of Qatargate, an emirate in a position of strength with its natural gas