Corona: Vacation in the Bay of Lübeck

Schleswig-Holstein opened the third model region to tourists on Saturday. Which federal states want to follow suit and which rules holidaymakers have to adjust to. 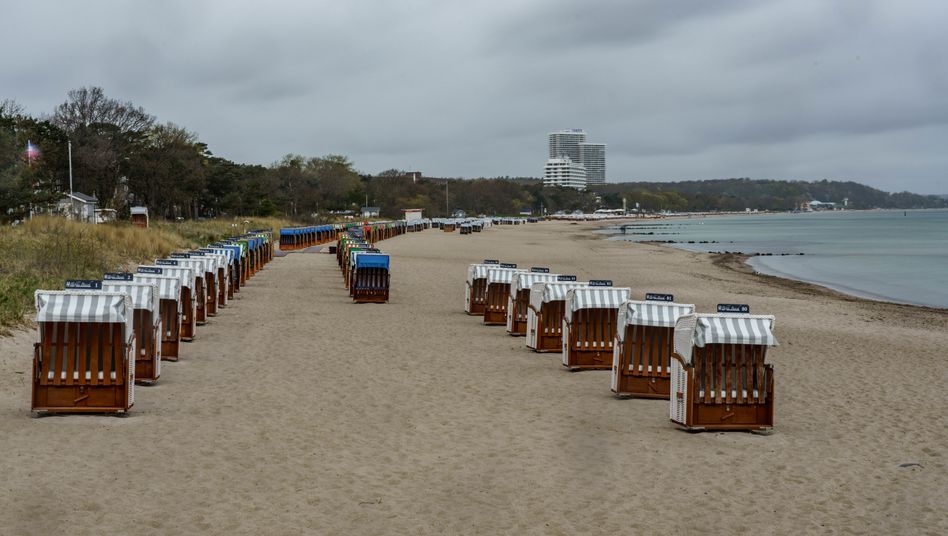 Eckernförde and the Schleiregion have shown the way, now the Lübeck Bay with the popular holiday resorts Timmendorfer Strand and Scharbeutz is also considered a model region.

Tourists have been allowed to enter again since Saturday, hotels are open.

Originally, the Lübecker Buch was supposed to be opened to tourists earlier.

However, the start for the model region was initially postponed indefinitely a good two weeks ago after the number of infections in the Ostholstein district rose again.

The seven-day incidence has now fallen again; according to the Robert Koch Institute (RKI), it is currently 54.9.

The low number of infections was the prerequisite for the area to become a model region to which the communities of Timmendorfer Strand, Scharbeutz and Sierksdorf as well as the city of Neustadt belong.

The Federal Government's Tourism Commissioner, Thomas Bareiß, has shown himself optimistic that holidays in Germany will be possible again in the summer.

Health Minister Jens Spahn (CDU) considers summer trips within the EU to be possible - even for those who have not been vaccinated.

They would then probably have to present a negative test result.

Whitsun holidays in many regions in Germany will "probably still be a bit difficult," said Bareiß.

According to the current nationwide regulation, hotels and restaurants can theoretically reopen on three consecutive days with a seven-day incidence below 100.

However, the respective federal state must also loosen its infection protection measures: According to the Federal Ministry of Health, the federal states continue to decide on measures for incidences below 100.

In the tourist model regions in Schleswig-Holstein it is therefore possible to go on vacation again - with strict rules.

What other federal states are planning:

Due to the falling number of infections, Hamburg wants to lift exit restrictions and reopen daycare centers.

Any easing in tourism is not yet in sight.

In North Rhine-Westphalia, outdoor catering is open again, at least as part of model projects.

Travel for private purposes is still not permitted.

In Hesse, a decision on further easing should not be made until next week.

In Saarland, Bremen, Berlin and Baden-Württemberg, there are still no concrete plans to relax tourism. Holidays on the North and Baltic Seas have to wait: two model projects postponed - one starts on April 19th